Hello and welcome to my studio.

I appreciate you taking the time to visit and view my work. Look around and if you have any questions please contact me. I’m happy to help. 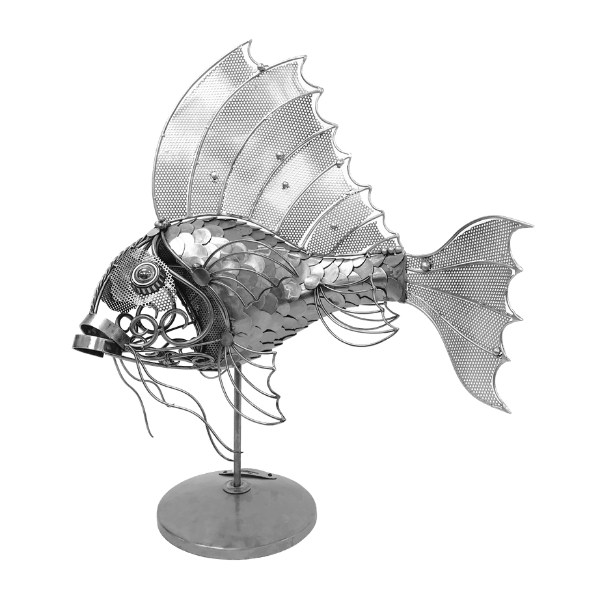 Silver Goldfish is better than a real goldfish because it never needs to be fed! This sculpture is 31 1/2″ x 26″ x 12 1/2″ and weighs 19 pounds. It was created using 18 gauge cold rolled sheet steel, perforated sheet steel, 3/8″, 5/8″, 1/4″ and 1/2″ steel rod, wheel bearings, castor wheels, candle holders, flat steel bar, ball bearings and scrap metal. The fins have been painted with metallic chrome Rustoleum and the entire sculpture is clear coated.

The Tennessee Stud earned it’s name because that song by Jimmy Driftwood came on Pandora while I was making it. The sculpture is 36″ x 28″ x 6 1/4″ and weighs 26 pounds. It was created using a horse harness, timing chain, steel pipe, 3/8″, 5/8 and 1/4″ steel rod, 18 gauge cold rolled sheet steel, scrap roofing nails, pipe punch outs and scrap metal. The sculpture has a gun metal finish.

The Owl King is the kind and benevolent protector of all wild animals. With his stately presence and grand stature, he will bring good luck and elegance to any home. This sculpture is 30″ x 15″ x 14″ and weighs 59 pounds. It was created using sawblades, 1/2″ steel rod, flat steel bar, shovels, spade handle, washers, ball bearings, candle holders, chain, twisted rod, lamp finial, candy dish, hog water bowl, scrap metal and a medal from a Kansas spelling bee. This sculpture has been clear coated. 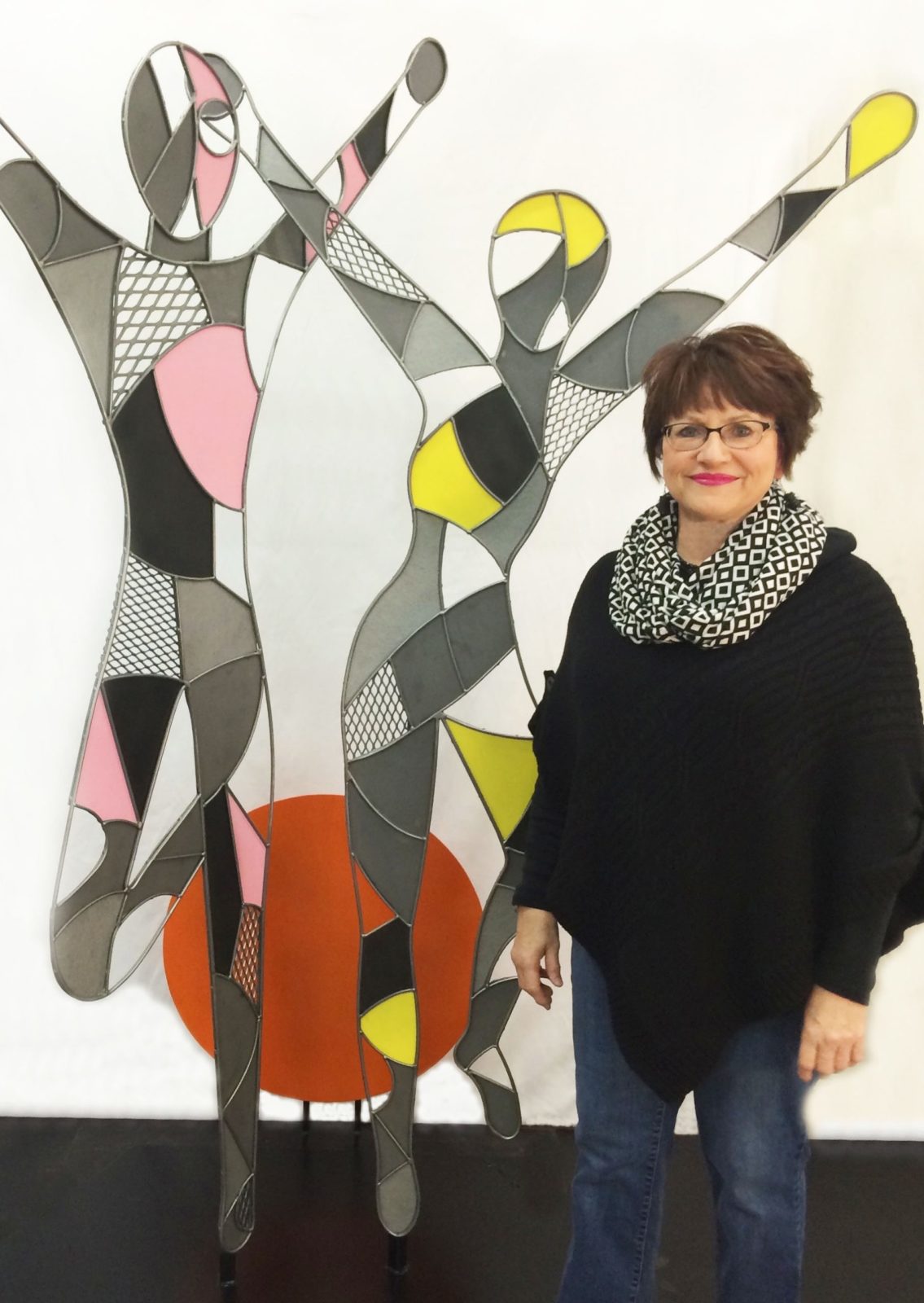 Teri Martens is a Midwestern girl gifted with a strong mechanical ability. In the class where she learned to weld, her instructor said, “Teri’s ﬁrst weld was better than most of the other students’ last weld.” Little did the instructor know at the time that Martens would go on to make the ability to attach one piece of metal to another her creative focus, surpassing all expectations and even surprising herself. Nor did the instructor know that ten years later he would invite her to teach alongside him so that students could see that this melding of gas, oxygen and steel could be used for something besides building bridges.

If you have questions send me a quick note and I'll get right back to you. Thank you.